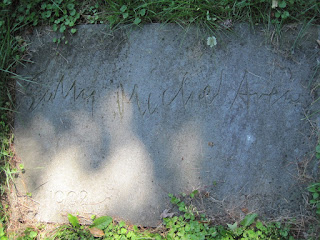 I snapped this photo of Sally's grave marker this morning. A simple piece of slate, and like her beloved Milton, it is nothing more than her artist's signature and the dates she lived on earth.
Posted by WRD at 6:00 PM No comments: